The Death Of Blogging Has Been (And Will Be) Highly Exaggerated 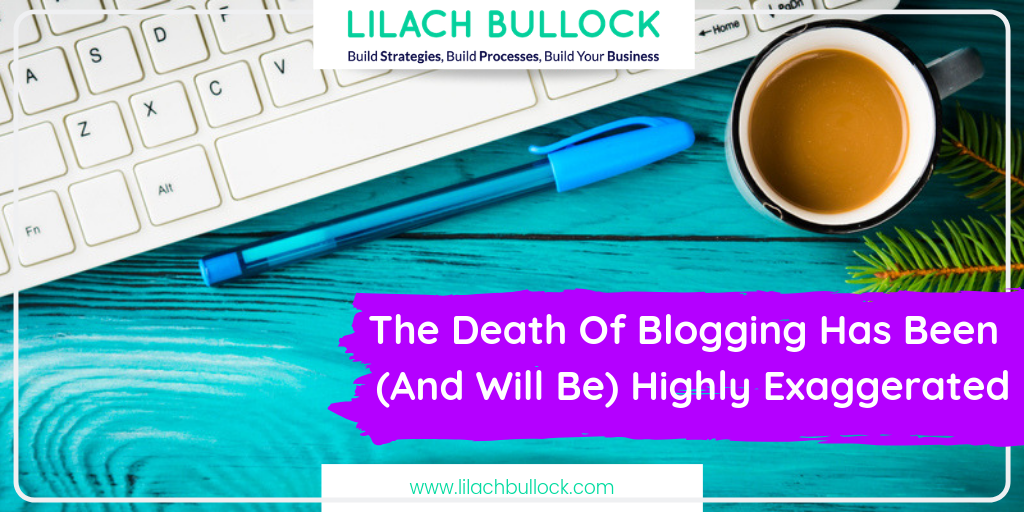 Why Blogging Is Dead

The Death of Blogging…

If those headlines seem familiar, it’s because writers have been declaring the death of blogging for years. Brian Clark of Copyblogger put it this way, all the way back in 2009:

“Seems at least once a year, a flurry of discussion erupts around the imminent demise of blogging. And then the rest of us shrug our shoulders, grab some coffee, and get back to creating content that further solidifies our web presence.”

The Death Of Blogging Has Been (And Will Be) Highly Exaggerated

So if declaring the death of blogging is cliché, why do we continue to see such headlines?

Partly it’s due to a particular thrill to be able to successfully declare the demise of a significant tactic or network. Search “Death of <insert social network>” and you’ll find a similar glut of past prognostications.

And partly it’s because, like anything else, Blogging as an industry and as a tactic continues to mature and evolve.

Without a doubt, blogging is not the same in 2018 as it was in 2008. The platforms have changed. The approach has changed. The way to leverage and monetize blogs has definitely changed.

But what really drives these claims is that other platforms and tactics evolve as well and for some, the logical conclusion is that there’s only room for one tactic at a time.

Take social media, for instance. In 2008, social media was truly in its infancy. but as the years have gone by and networks like Facebook and Twitter have grown, some question whether they need to blog.

More recently, as video – particularly live video – caught fire, many pundits once again claimed that blogging was no longer necessary. Why blog when you can create video content that people enjoy so much more?

The problem is, that’s all hype.

In 2015, during SXSW, the app Meerkat exploded onto the scene. Marketers everywhere were thrilled about the idea of broadcasting video from their phones. There was just something about the ease at which you could ‘go live’ on Meerkat and immediately have an audience.

A month later, Twitter announced their version of live-streaming – Periscope – which was all the rage at SMMW, and was highly competitive with Meerkat.

Later that year, marketers discovered they could use Blab to host 4-way live video chats in a way that was easier and smoother than Hangouts.

Today, Periscope survives only due to tight integration within Twitter. Meerkat and Blab are gone, along with many other video platforms.

At the time, it was assumed that Facebook would eventually dominate the landscape, and sure enough, native video and Facebook Live were introduced by 2016.

But it’s not as successful as one might think.

Currently, Facebook users can broadcast live from desktop or mobile, and while doing a mobile Live, can bring one other person into the video. Through the use of third-party apps like BeLive, mutli-person video can be broadcast to desktop. That, coupled with the fact that Mark Zuckerberg has been pushing the prominence of video for the last year, one would imagine Facebook is dominating video creation.

And initially, marketers thought it was going great, partly due to the metrics Facebook was offering. Which happened to be wrong. Facebook only counted video views of more than three seconds when calculating its “Average Duration of Video Viewed” metric. Video views of under three seconds were not factored in, thereby inflating the average.

Marketers and businesses were shocked to discover that their videos were being watched quite a bit less than they imagined.

And now, Facebook is de-emphasising video, and really any posts, that don’t encourage engagement. Facebook has seen watch time continue to decrease for videos, leading to decreased time that people are spending on the network. And the only incentive Facebook has for offering features like video in the first place is to get you spend more time there.

Which speaks to the real issue with video creation, particularly as a substitute for blogging – the quality simply isn’t there. While folks have been creating great tutorial videos on YouTube for years, Facebook has not received that level of interest.

More importantly, video consumption overall is something people prefer to ‘snack’ on. HubSpot reported that their most engaging videos were:

Which means that, while engaging, it’s hard to deliver much actual education in 2 minutes or less.

Not surprisingly, it’s blog content – specifically long-form content (2000+ words) – which continues to perform the best in search results and social shares. And, most importantly, it’s that kind of content that over-delivers and converts readers into actual business prospects.

Today all the buzz is about Stories. Tomorrow it will be something else. But until there is a radical shift in the technology of how large pieces of information are consumed, creating blog content will continue to live on. 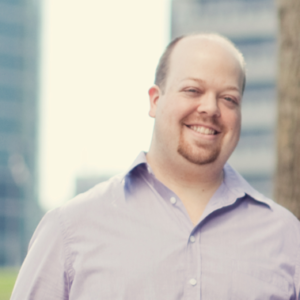 Mike is a Content Marketing Practitioner, speaker, award-winning blogger and author in St. Louis, and the Chief Marketing Officer at SiteSell. Mike teaches a holistic approach to content marketing that leverages blog content, email, social media and SEO to drive traffic, generate leads, and convert those leads into sales.