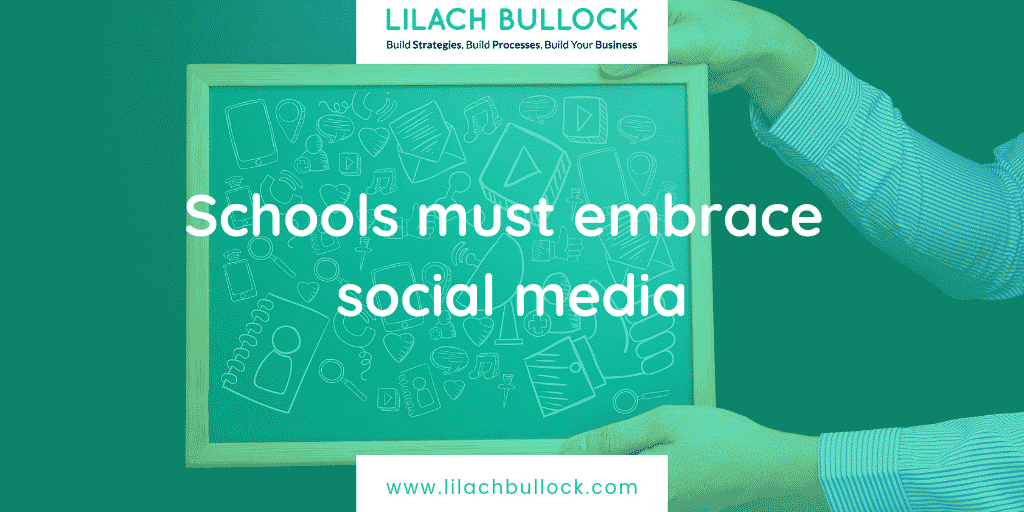 Is social media an assistant or an enemy for the education? Do teachers have to turn to the technologies which are still widely considered as a form of leisure? What can they teach? How to maintain order and discipline in a class? Why, in the opinion of advanced experts, is it so important to use innovations in day-to-day work in a classroom? Let’s try to find the answers. In this blog post, we’re going to discuss why schools must embrace social media.

According to the results of sociological polls conducted by Pearson Learning Solutions, the use of social networks in training increases, although some concerns about the effectiveness of this method are preserved.

Would you allow your child to use Twitter? No? And what if, thanks to Twitter, he would learn to read and write without errors? Are you still in doubt? Then let’s go to France, where social networks are successfully used by teachers in the learning process. Perhaps, you will change your mind.

Why Schools must embrace social media

Notebooks and pencils are the things of the past, because in a French primary school, pupils have a new favorite toy – a tablet computer. Since the beginning of the school year, the teacher introduces Twitter to them. This is a way to learn in a game.

Not being the passionate fans of the latest technology, the pedagogues came to Twitter thanks to their pedagogical interest. They use this social network in the daily life of a class, in particular, to teach children to read and write. But first, it is necessary to master a computer and a network.

To compose a phrase, kids write it using the virtual letters, help each other under the teacher’s steadfast and encouraging gaze. Twitter has become the goal to which they aspire. But at the same time, we are not talking about refusing to teach pupils to write by hand. This technique can serve as an effective auxiliary tool. In primary classes, it’s not uncommon for a child who does not read well to learn how to do it thanks to social media.

For Jean-Roch Masson, motivation is the main task of Twitter in the classroom. He was the first person in Europe who used it to teach reading and writing. For 4 years of experience, other advantages have also emerged.

For children, such study is not a boring duty, but a pleasure. At the beginning of each academic year, the teacher holds a meeting with the parents. After the first doubts, they quickly understand the benefits of the new method. Together with students, the pedagogue adheres to a code of conduct on Twitter to instill useful habits and to protect them from the dangers existing in the network.

Schools of the future in Singapore

Singapore is the economic leader of Southeast Asia. The country is among the ten most competitive powers in the world. Local people believe that knowledge is the key to achieving financial ambitions. The authorities look for the opportunities that open up social networks for education.

Explaining a new task, the high school mathematics teacher asks the students to send him answers on Twitter as soon as possible. This social network has been actively used here since 2009.

State educational institutions using modern technologies receive the status of schools of the future, funding from the country’s authorities and are equipped with the latest appliances. Special laboratories test innovations for their subsequent application in all schools of Singapore.

With the help of Facebook, teachers send students online links on the subject, and Twitter is used to summarize the fragments of papers at English lessons. Sites for photo sharing come in handy when studying the basics of the economy and the history of art.

Teachers constantly monitor the results of the application of social networks, other new technologies in a classroom and share them with children. The marks have grown since the beginning of the experiment, and the teachers admit that they learn a lot from their pupils.

Professor Sreenivasan: Tweets are written for the great-granddaughter!

Sreenath Sreenivasan, a journalist widely known owing to his articles about new technologies and teaching at the Columbia University of New York, expressed his opinion about social media. According to it, the changes happening right now in the world of education are much more unpredictable and powerful than many innovations of the past. In 1996, no one knew what to do with e-mail, and now, not all pedagogues understand how to work with social media, whether in school or outside its walls.

Parents share the skepticism of a number of teachers about the pedagogical value of modern methods, worry about protecting the privacy of minors. However, the professor is convinced that social media will soon become a part of a school curriculum, as they have deeply entered into people’s lives.

The Sreenivasan’s seminars at Columbia University reflected his views on innovations and education, started with the communication of all students – online or in person. He is convinced that social networks help to exchange ideas – unlike the traditional lectures with a pedagogue declaring the material from a pedestal for bored students.

At the same time, Professor Sreenivasan claimed that he strives to debunk the myth of the simplicity of social media. It is not a toy but a subtle instrument that must be handled with care: “I spend from 3 to 6 minutes for every tweet, for any post. It is necessary to check everything, make sure that the post works. I usually say that, in my everyday activities, social networks are the only thing that can lead to dismissal. So you need to be very careful here. For example, everything that you write on Twitter gets to the library of the US Congress. So I write not for my current friends but for my great-granddaughter.”

According to Sreenivasan, teachers should become “digital”, enrich traditional skills with new virtual, social and mobile technologies. After all, to teach means to share, no matter how fast and on what platform.

Of course, social media is not the only virtual tool that can be used for educational purposes. Modern students freely visit electronic libraries, essay writing services, read eBooks, watch training video lessons and much more.