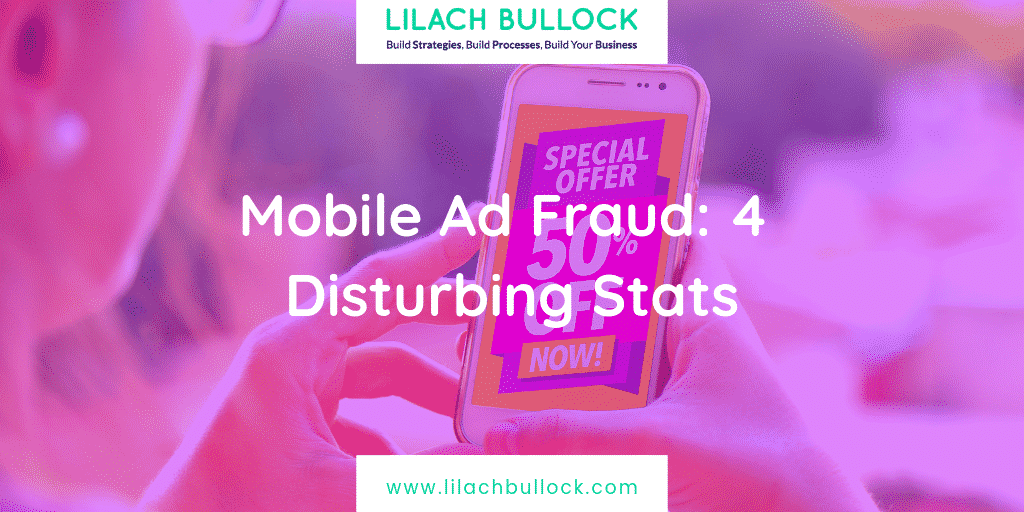 More people are turning to their mobile devices for flexible access to social media, shopping, news, fitness trackers, games and more over time. App marketers see the opportunity that accompanies rising mobile usage to acquire new users and retain existing ones. Unfortunately, a more nefarious party has also zeroed in on mobile apps—where there’s money to be made, fraudsters will surely appear. In this blog post, discover 4 disturbing stats about mobile ad fraud.

Mobile app ad fraud is currently a hot topic in the industry because it’s so pervasive, costly and difficult to detect, let alone stop in its tracks. One prevalent type is mobile app install fraud, in which fraudsters create fake events or steal the credit for real ones. The exact nature of the app install fraud depends on the type of campaign. If marketers are paying per impression, perpetrators of fraud will fake impressions. Fraud on a Cost-Per-Install (CPI) campaign will involve fabricating installs or stealing the attribution for genuine ones. Furthermore, fraudsters can even fake certain in-app actions for profit.

The point is: Mobile app ad fraud is not one-size-fits-all, but it is damaging to individual apps and the industry.

Want to learn more about fraud and potential consequences for marketers and developers? Here are four disturbing stats to consider.

Unfortunately, this thorn in advertisers’ sides is unlikely to recede anytime soon, as there’s still plenty of money funneling into app user acquisition and retention right now. But, as Ad Exchanger points out, the only way to make the mobile performance industry less vulnerable against fraud is for everyone to increase their awareness and keep a close eye out for possible fraud indicators such as sudden, drastic changes in conversion rates.

Why should marketers pay closer attention to mobile fraud than ever? It’s on the rise, as this stat reported by Mobile Marketer reveals.

#3: For every 1,000 non-organic installs marketers purchase, 115 are fraudulent.

Let’s say you’re running an ad campaign for a mobile app in which you serve dynamic mobile ads to a target lookalike audience of users. If this campaign drives 500 installs on its first day, you’re assuming 500 real people tapped to install your ad based on this metric. This means you’re working under the assumption 500 people have the potential to continue through the funnel, engaging in important post-install actions with the potential to drive loyalty and revenue. It’s disappointing to realize approximately 10 percent of those installs could be fraudulent because it means you paid for something that’s valueless. Plus, mobile ad fraud ends up skewing your metrics so your install rates look higher, but your retention rates look lower.

#4: Ecommerce apps experience the highest levels of mobile fraud, accounting for 40 percent of total installs rejected by one attribution provider in 2018 compared to 20 percent in 2017.

As Retail Dive further reports, gaming apps dropped slightly from 35 percent of rejections in 2017 to 30 percent in 2018. However, it’s important to note that apps from any vertical can be susceptible to app ad fraud.

These four disturbing stats surrounding mobile app ad fraud demonstrate exactly why it’s so important for app marketers to recognize the scope of the problem and stay current on potential solutions. For example, working with a secure mobile ad network is paramount.