Toothpaste Tubes and Christmas Cards: How to Supercharge Your Sales With Automation 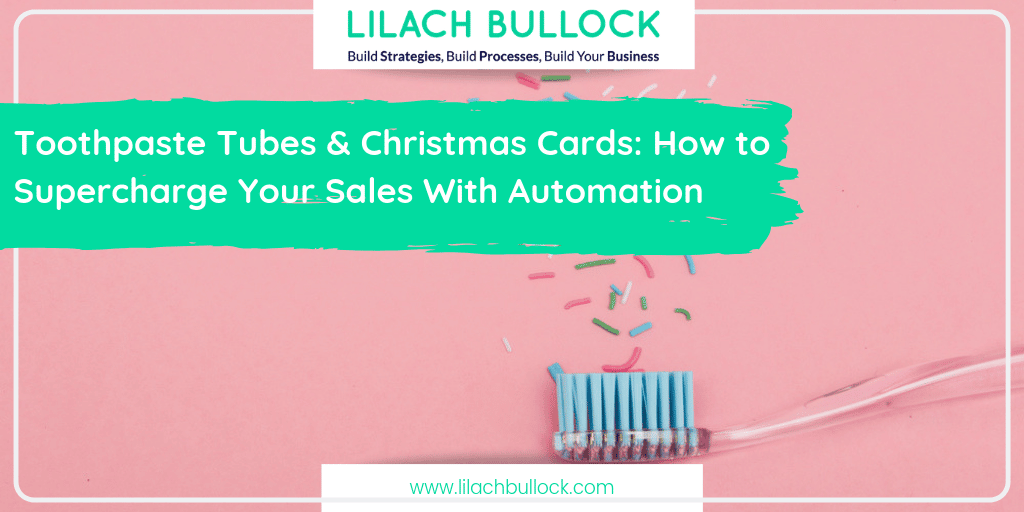 The concept underpinning B2B sales automation is a simple one to grasp: set up a series of automated marketing messages, each designed to target prospects at different stages of the buying cycle, then sit back and let the magic happen. The reality? Well, it sounds like an awful lot of hard work.

I’m not going to tell you that setting up sales automation won’t involve effort on your part. (News flash: nothing worth having ever does.) What I am going to tell you however is that the benefits of automation will make all that setup time feel as effortless as swiping right on your favourite dating app. A properly focused, well-worded automation sequence won’t just pay for itself several times over – it will boost your bottom line by a percentage that no other marketing method can match. How much are we talking exactly?

You’ll find out in a moment, because I’m a tease. You see the answer to that lies in my latest blogpost on behalf of Sparklane. In 5 Reasons Why You Should Be Using Sales Automation for B2B, you’ll discover – that’s right – five reasons why you should be using automation, but that’s not all. You’ll also learn:

Toothpaste tubes? That’s right, toothpaste tubes, a job, if you may recall, which was performed by Mr Bucket in Charlie and the Chocolate Factory. In my Sparklane article you’ll find out exactly how that ties in with automation and you’ll also learn what Christmas cards have to with B2B sales automation (clue: not a lot).

I’ll let you read the article and reach your own conclusions about sales automation, but I’ll wrap things up here by saying this: B2B automation is all about targeting prospects with the right message at the right time. Just as Alanis Morissette sang about ’10,000 spoons when all you need is a knife’, bombarding your leads with irrelevant messages is not going to turn them into customers. They need a knife, and that knife comes in the form of a precise marketing message that’s timely and topical. Once which cuts through the confusion and delineates the only sensible option available to them – to buy, and to buy from you no less. That’s the power of sales automation and that’s exactly what you’ll do, time and time again, if you follow the advice contained in my latest Sparklane article. Check it out and then start using its practical tips to steal a march on your competitors and turn your leads into lifelong customers.

Convert more, sell more, make more. Automation is awesome. Here are five reasons why you need it in your life right now.

Can you afford *not to* set up sales automation?

Personalise, optimise and…what are the other three? Find out in 5 Reasons Why You Should Be Using Sales Automation for B2B.