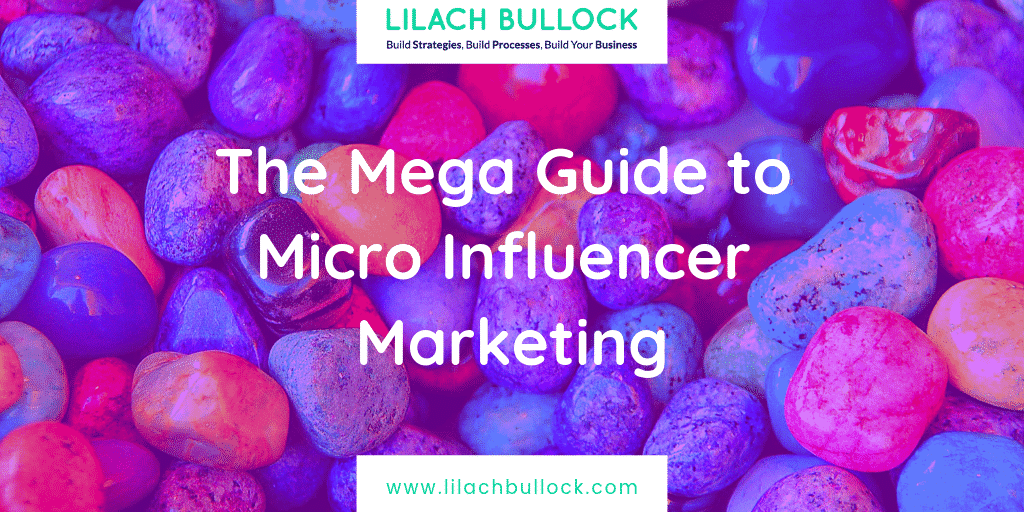 Big things come in small packages, at least when it comes to micro influencers. Under-utilised despite being highly impactful, micro influencer marketing combines the power of using influencers to promote your products with affordability and availability.

This guide covers what you need to know about micro influencer marketing to work for you.

What Is Micro Influencer Marketing?

Influencer marketing has been around as long as print advertising, television, and radio, and it’s become a driving force in the content world, too. Every time you see a celebrity promoting a product, you’re seeing influencer marketing at work.

It’s not cheap to rely on celebrity status to promote your product, no matter how much they love your brand. Historically, influencer marketing has been reserved for big businesses with big budgets – but the emergence of micro-influencers has changed the game.

Micro influencers are usually regular people that happen to have successful blogs or large social media followings. Their audience ranges anywhere between 1K-100K fans, usually in a particular vertical or niche.

Consider them a scaled-down version of celebrity influencers that can help you put personal recommendations to work in your business – for much less money and effort.

The Benefits of Micro Influencers

Don’t be fooled – their smaller audience size shouldn’t be considered limited. What they lack in number of followers, they more than make up for in other benefits that could make your influencer campaign successful and profitable.

Their Audiences Are Niche Specific

Most micro-influencers grow their social media or blog following around a particular niche. For example, a yoga instructor’s fans are those specifically interested in yoga. The influencer might post inspirational quotes, how-to videos, and yoga clothing to engage their fans.

They Have Higher Audience Engagement

Because the audiences tend to be highly targeted, engagement is usually higher with micro-influencers. Recycling the yoga instructor example, their fans are likely comprised of people who teach or practice yoga, and may be more likely to engage with influencer content.

When celebrities endorse a product, it’s not hard to realize they’re being paid to do so. That’s not always the case with micro influencers. They tend to deliver a higher level of authenticity in their content. Their delivery is more natural rather than forced. They speak from the heart and are usually more selective in the products they promote.

Suffice it to say that reaching a smaller audience also comes with a smaller cost. Using micro influencers costs a fraction of the price compared to household names. Even better, many micro influencers may be willing to promote your product in exchange for a free item or discount.

Micro-influencers are a viable solution for small businesses, but they aren’t the only ones who use them.

Any brand or company that wants to provide an authentic, value-driven promotion can benefit from micro influencers. For example, major companies like La Croix sparkling water, Stitch Fix,  and Asos have all relied on micro influencers in their content marketing.

How you use them depends largely on your brand, who you’re trying to target, and what you want to promote.

For example, Hawaii’s Department of Tourism launched a micro influencer campaign to highlight events and destinations around the state. Their Instagram hashtag, #LetHawaiiHappen, helped them connect with travel bloggers, photographers, and Hawaii natives to share content related to Hawaii and attract travelers to the state.

In essence, the state of Hawaii was able to tap into the audiences of influential content creators to drive tourism. In their case study, 65% of those who saw content from the campaign claimed it made them want to visit the Aloha state.

You can put this same idea into practice for your own promotions. Connect with micro-influencers with audiences that might like your product or event to put your name in front of the right people.

Where to Find Micro Influencers in Your Market?

The term ‘micro influencer’ isn’t an official job title. It’s not as easy as doing a Google search or reaching out to popular people on social media.

Your first step is to figure out what types of micro influencers are most likely to share your same audiences. Even if the influencers aren’t directly related to what you’re promoting, their audience is ultimately what counts.

Start by checking your own social media accounts to see if some of your fans meet the qualifications. Look at who is sharing your content, commenting on your posts, or otherwise engaged with your brand.

Tapping into your own user base gives you an advantage. They already know your brand and products and are likely willing to promote you for a small fee or free product.

Put your research skills to use by performing searches on relevant hashtags on Instagram. Use Google to find local bloggers or blogs with steady followings in your industry.

Also, tools like Klear or HYPR can help you identify influencers in your target market. They analyze millions of social media profiles to gauge audience and engagement. From there, you can shortlist influencers and further explore your options.

If you have your own blog, consider writing a round-up style post that includes influencers whose attention you’re trying to earn. Show how you can create a mutually beneficial relationship and why you’d be a good fit for their audience.

The power of micro influencer marketing is a force to be reckoned with. Though audience sizes are much smaller than celebrity counterparts, the narrower target, lower cost, and higher engagement more than compensate. Put micro influencers to work for you and watch how your business grows – the results will be hard to ignore!

For more insights on business growth, head back to the blog.