Want to get better results from Twitter? Want to improve your engagement levels, get more traffic back to your website and grow your following? One of the ways that you can achieve these goals more quickly is through Twitter Advertising. In this latest blog post, I aim to create a complete how-to guide on Twitter Ads – how to use it, why use it and who should use it.

Twitter has been one of the top social media platforms for 10 years now, continuously growing over the years, now reaching over 300 million users. It’s also one of the best (if not the best) social networks for connecting with customers, getting more engagement, managing customer service and getting traffic.

Twitter Advertising is a relatively cheap, easy way to get all of these results – only, much faster.

There are three main types of promotions you can do on Twitter: 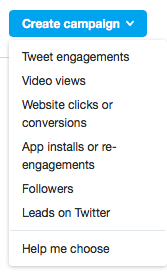 Now, it’s time to set up your first Twitter Ads campaign: go to Create a Campaign in your dashboard and select the campaign type you want.

If you click on Help me Choose, you’ll get a better rundown of the different types of campaigns, based on objectives:

Where will users see the ad: in their timelines and in their “who to follow” suggestions; there will be a follow button that they can click on without having to visit your profile, or you can also buy Twitter followers.

Once you’ve selected your target audience and set up the pricing plan (more on both a little later on), you need to create the promoted tweets you want people to see. Here, it’s important to think of a good reason why people should follow you, such “follow us for the best social media marketing tips” or “Follow us for a chance to win a prize weekly” – the better the incentive, the better the chances you’ll get more results. You can also add media to your tweet, but in this case, it’s not recommended, as it will detract from your message and the follow button.

Perfect for: All users who want to improve their traffic and conversions; businesses launching a new product or service

Where will users see the ad: in their timelines and in search results

When you set up a Website clicks and conversions campaign, you will need to enter the URL for the website used and select a category for it. You can then set up conversion tracking on your website, which is very much worth it as you’ll get a much better idea of how the campaign worked and what results you got as you track the actions of all visitors from Twitter.

You can use existing tweets for this promotion or create new ones; eligible tweets need to have a call to action, a URL or Website Card. Website Cards are a better option in my opinion as they attract attention: 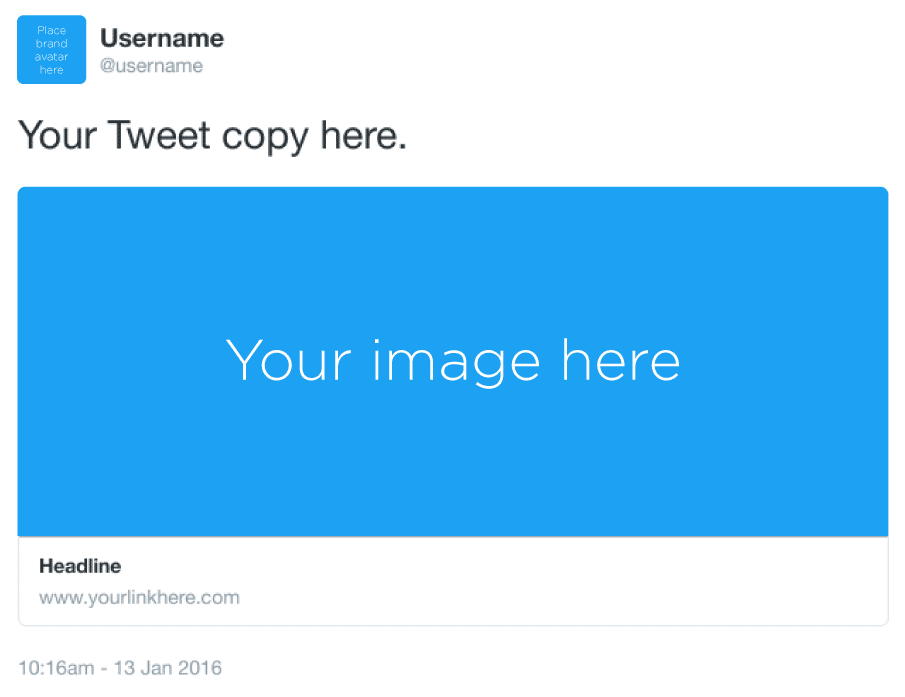 Perfect for: anyone who wants to get more engagement, for announcements and special offers

Where will users see the ad: in user’s timelines and in search results

Promoted tweets will help you increase your engagement by pushing your tweet in front of your target audience. You can tweet about anything, but for best results, make sure to add media to your tweet and include a hashtag – or, even better, jump on trending hashtag to maximise engagement. 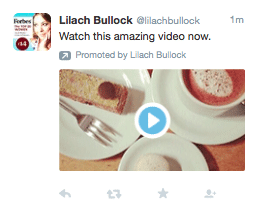 Perfect for: anyone who wants to promote a video and get more views

Where will users see the ad: in user’s timelines and in search results

If you’ve started a video marketing campaign and want to get your video to more people, this is a great option for promoting.

There are different options for pricing for videos: you can select to pay per video view, or per 3%/100% view. Your video will count as ‘viewed’ when it is watched in 50% view for over 2 seconds, or when a user expands it or unmutes it.

You can create a new tweet or promote an existing one, so long as it has a video, GIF, Vine or Periscope.

Perfect for: businesses that want to increase lead conversions

Where will users see the ad: in user’s timelines and search results 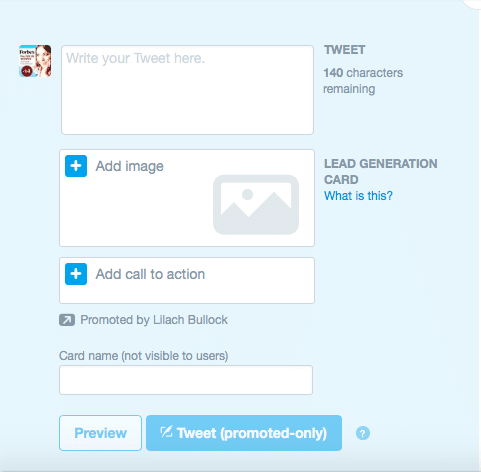 Once you’ve written a tweet, preferably containing the relevant call to action, add an image and then click on Add call to action to set up your own lead generation card: 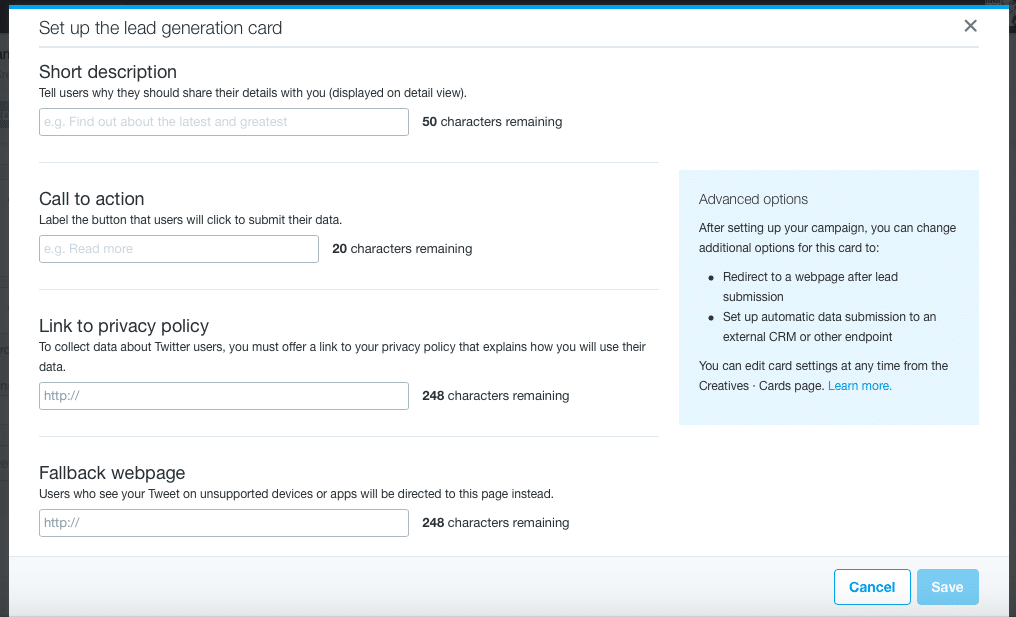 When you’re finished setting up your tweet, you will have a new opt-in form on one of the top social networks. 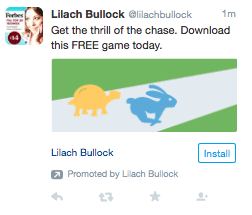 Perfect for: mobile app developers of all kinds who want new downloads and to get previous users to re-engage with the app

Where will users see the ad: in user’s mobile timeline

More and more people are using Twitter on their mobile phones, so it makes sense that this would be the perfect platform for promoting apps. Twitter claims that their users have used 24% more apps than the average smartphone owner.

App cards are very similar to Website Cards and also allow for conversion tracking to see how many people download and re-engage.

When it comes to setting up payment, you can choose how to optimise and pay for your bid:

Sometimes, you simply need to quickly promote a tweet – maybe you’re at an event and want to get more engagement on your live tweeting, or you’ve got a great deal that ends very soon, or you’ve just published an awesome new blog post and want to get some traffic, quickly; whatever it is, you can use Quick Promote to set it up in minutes.

First, go to your timeline and click on the activity icon for the Tweet you want to promote, and then click on Promote this Tweet. Afterwards, you can select the location you want to target, the budget you’re willing to spend and your tweet is good to go.

You’ve probably noticed promoted trends before at the top of the trending topics list. These are great for massive increases in awareness around a brand or brand event, but it can set you back $200,000 per day.

You can also segment your targeting by the devices and platforms they use, and even by mobile carriers. 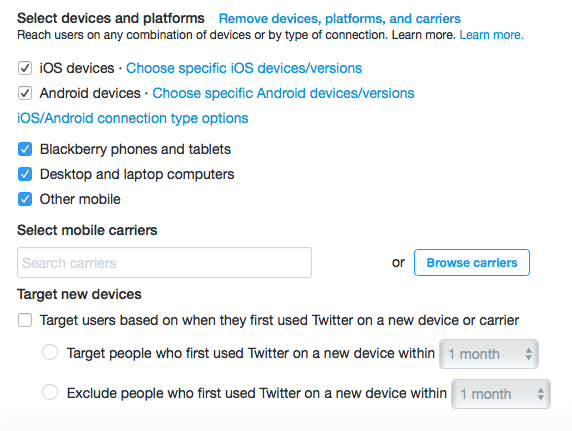 This is where the targeting starts to get more interesting. 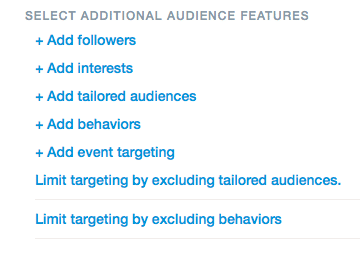 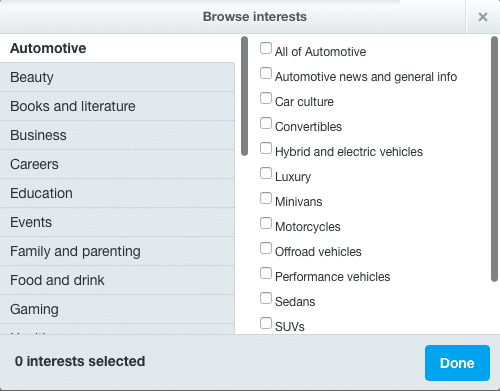 Next, it’s time to set up your budget. Start by setting up a daily maximum spend, that will reset every day at midnight. Then, you have the option to set up a total budget that you’re willing to spend, so that the campaign ends when you’ve reached this cap. 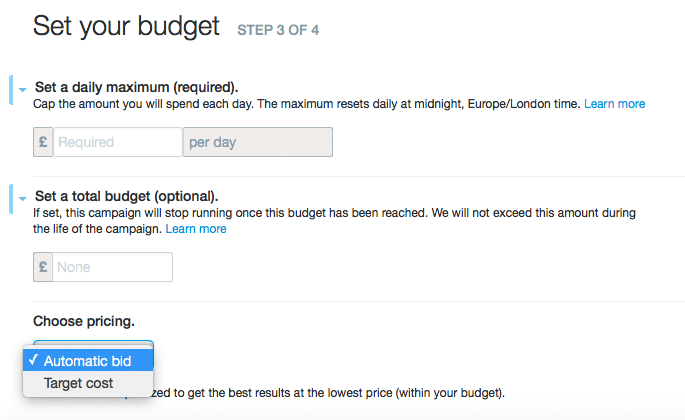 As you can see from above, there are three pricing options: automatic bids, target cost and maximum bid.

By selecting automatic bidding, Twitter will automatically optimise your bid for your ad’s impressions (within the budget you set up, of course). With target bidding, you need to enter your own target cost, but it allows you control of your bids. With the maximum bid, you select the maximum you are willing to pay per ad impression. Before entering a target cost or maximum bid, you’ll be able to see what other advertisers are paying so that you can make a decision.

Twitter ads are great tools for increasing follower numbers, engagement, traffic and leads; they’ve got awesome targeting, great prices and pretty good results if you do it right. Have you tried Twitter Ads yet? What types ads do you prefer? Let me know in the comments section and please share:)

How to Choose the Right Influencers to Work With