Video marketing is a proven method of dramatically increasing your traffic, leads and sales. The study shows that videos will be around 80% of the total internet traffic by 2022. 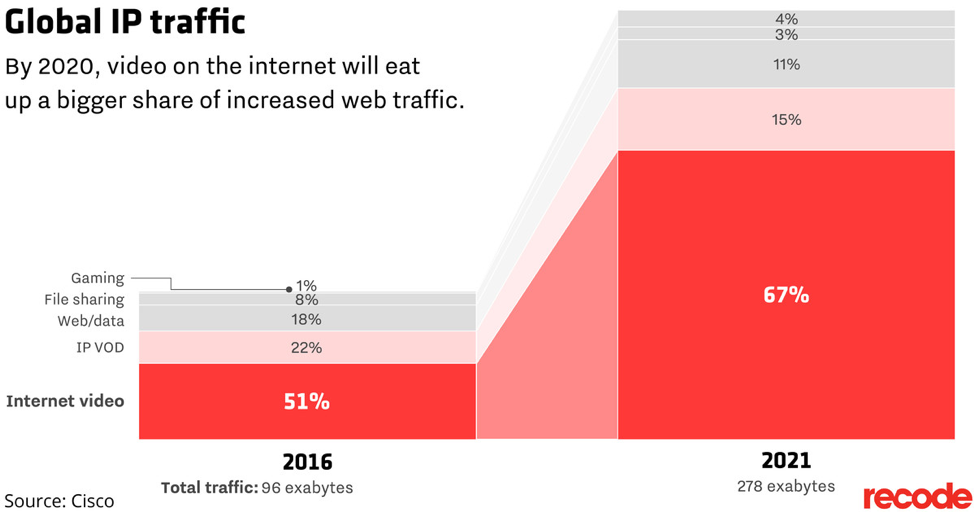 It has excellent potential to bring an influx of money to your business, but at the same time, there is a cut-throat competition as well.  Millions of hours of videos are uploaded to YouTube alone every day and only having an online presence will do no good for your company. Your video will land on no-man land if you have no clue of what you are doing.

There are different types of videos that you can create and deploy, and among them, an explainer video is one of the most effective ones. It has been able to generate a considerable amount of return on investment for many different businesses, and it can work out for you as well.

There are many companies having expertise in providing the best explainer videos services which help you out in expanding your customer base and enhancing your sales. The concept of engaging with the audience via explainer videos is not new, but has proved to be a useful technique in branding and promotion.

Why are explainer videos so useful?

Have you ever experienced a secondhand satisfaction when you watch someone doing the task? It is the reason why a walkthrough video is so compelling, as when you observe someone accomplishing some jobs, the mirror neurons come into play, making you feel that you are the one behind the scene, doing the specific task. 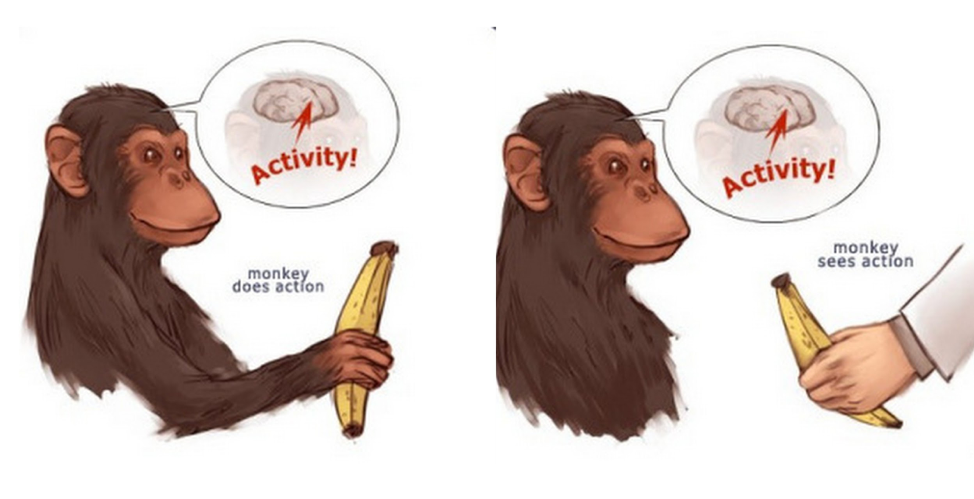 Your brain releases an extra dose of dopamine, while you’re watching someone demonstrating the activities. It will also make you want more of the video, leading to a better retention rate.

Your brain uses a unique feature that we call neuroplasticity

The brain automatically forms a new connection when it comes across new concepts, and it physically rewires itself. We call this ability of the mind, neuroplasticity.

In an explainer video, the character walks through the process of the complicated task by breaking it down into small pieces.

There is a connection between existing concepts and new concepts in an explainer video, which will lead to your brain coming up with a new neural structure. It helps viewers to understand the idea at a rapid rate, allowing them to draw quick conclusions.

This chemical is responsible for various kinds of emotions like attraction, empathy, compassion, and the development of trust.

There are exciting storylines combined with many emotional characters and other thought-provoking components in an explainer video that will lead to your brain firing some more oxytocin.

Have you ever realized that you remember a lot of things that you watch in your favourite movie? It is because your emotions are involved in it. It is the same case with explainer videos as well.

How to tweak your explainer videos for maximizing your outcome?

Now that you are aware of the reasons behind the effectiveness of an explainer video let’s move forward to exploring the tactics that you can use in your explainer video that will significantly enhance the quality of your video.

Like I’ve said before, your video will be nowhere to be seen on the internet if you do not use any tactics to make your videos attractive to your audience. Some people believe that the internet is saturated and that is because they only focus on producing videos without making adjustments that make the video, a lead-generating tool.

Below are some of the tips that will help you make critical edits in your explainer videos that will bring you more prospects and sales.

Optimize the length of your video

We live in a fast-paced world where people come across thousands of advertising messages every single day. Are you aware of the fact that our attention span is shorter than that of a goldfish (Source)? No marketers can afford to put filler content in their video in today’s era.

The study conducted by Wistia found that shorter videos are more effective in generating engagement in comparison to longer videos. Does that mean that you should only publish shorter videos?

It depends on your objective. For instance, a shorter video is compelling when you are promoting your brand to a cold audience. However, the committed viewers are more likely to watch a longer video with in-depth information, which gives them enough information to take action like purchasing the product.

When you are creating a longer video, make sure that you insert a compelling story in it. Here is the link to the study that shows how an engaging story can drastically improve your conversion rate. Sharing your journey helps your audience to connect with you and build a trust, which is vital for any person to do business with an organization or an individual.

A voiceover is essential for any explainer video, as it contributes a lot to making your clip exciting and interactive. Imagine a person with no energy whatsoever talking in a video, saying, “Would you like to have more traffic to your site?”.

Who will even bother to listen to what that guy has to say, also if he/she is an expert? The answer is only a few people or not a single person. Let’s take an example of a video of a girl makeup. Would anyone bother listening to a boy adding a voice to that video?

You need to have a person who can naturally communicate the concepts of the video to your audience.

There are some more factors that you need to consider, and they are language and gender.

Many people surfing the internet do not want to think long and hard to understand the word. More simple your script, the better your chance to retain the viewers on your video. 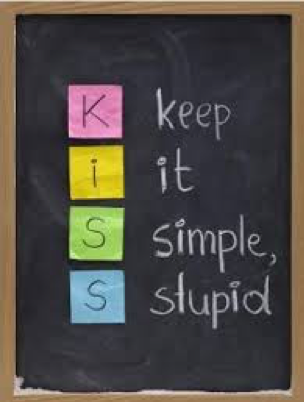 The main objective of the explainer video is to break down complex concepts into simple ones and you will go against this principle if you do not put any effort in breaking down the idea into small chunks that are easy to digest.

Breaking down the concept is one thing, and another factor that much determine the understandability of the clip is the vocabulary that you use in the video. You must make sure that even 10-year kid can get an idea about the video when they watch it. Use simple vocabulary, instead of using many unusual ones, trying to demonstrate your English skill.

Here is a video that Dropbox used to explain why on Earth would people even care about storing their important files online.

Carefully dissect the video and check out the flow of this explainer video along with the choice of words to get an idea about what kind of video will make your audience love to watch. By the way, this video got over 4 million views.

There is no need to bring something that is out of the world on the table but at least tries to create something unique that would bring some new insights to your audience. Check out numerous videos that are already there on the internet and see what would add some freshness to your video that would make it stand out.

Think of something like adding a comic strip or something that would make it exciting and also emphasize on some insights on the video that have not been shared often on the internet. For instance, quoting the latest statistics can be new for many of your viewers, as those facts are not revolved around the internet a lot.

Another example of bringing out an aha moment would be talking about your own experience and case study that is entirely new to the people. Spend some time thinking about the concepts and facts that you want to include in your video to make it engaging. Keep in mind that you will not get any substantial outcome if you do not put on the effort in your video.

Check out this video that is an excellent example of how to add some fresh insights in an exciting way that will make people want to take action after watching the video.

Do not ignore typography

Many video makers often focus a lot on creating great scripts and voiceover, but they only come up with mediocre typography. Like other parts of the video, the typography is also, and it can help in retaining your viewers.

Here is a video that makes excellent use of moving texts to make people understand the video even better.

The Idea Rocket Animation has found that users stick to the video and can not help follow the moving texts while listening to the audio. Experiment with various font styles and animation to decide what kinds of design would best serve your purpose.

Add smooth transition and gently introduce your product as a solution

The change from one part of the video to the other one is essential. You must not create a rough experience for users when making a shift.

Once you finish explaining the problem, make use of the same words to make a transition, so that it would not sound awkward for the viewers. You will not have much of a problem if your video has a good introduction.

There are frequently asked questions that you need to answer for clearing up all the doubts on your prospects’ minds to make them take action.To discover the major objections, you can conduct research, survey, and look at the FAQ section of your competitors.

When you claim something on your video, do not state it as an opinion, but instead, you should back them up with the data. Also, use social proof to make people confident about your product. If your product/service was featured in some reputed sites or magazines, include them as well. 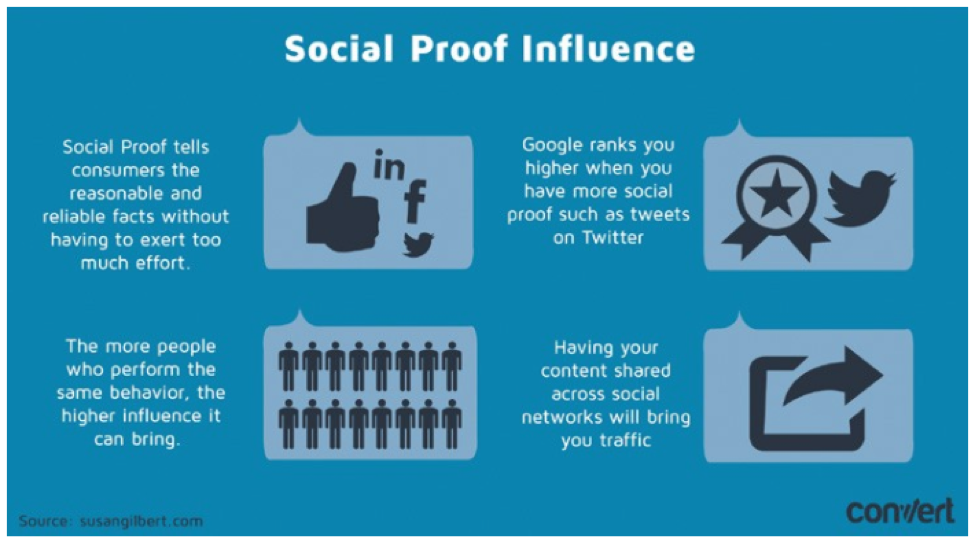 Not having a clear call to action can cost a lot of money for your organization. What do you want your viewers to do next? Mention it clearly at the end of the video and clear up all the possible objections that could come up on your prospects’ minds. For instance, you may mention something like, “Even newbie can use this software easily” if fear of not having technical knowledge is the main objection for most of the potential customers.

The demand for videos will only get higher in the times to come, so will they want for more top quality videos. There is no point in publishing videos, just for the sake of publishing. To get the most out of your efforts, you need to optimize your videos.

The explainer video works now, and it will keep on working in the foreseeable future if you get your tactics right. If you thoroughly follow what I’ve said in this article, you are likely to get better results. With that said, do experiments and use some creativity to improve the outcome from your video marketing efforts further.

Is there anything that you want to add here? If yes, feel free to let us know by leaving your thoughts below.

Discover how coaches, consultants and service providers making $25-$50k per year can usually get to $100k per year without working harder.  Grab my 8 key money blocks now.