Come on admit it, how many times have you snuck your phone to the toilet to check what your friends are up to while being, well, otherwise engaged? And how many times has your phone succumbed to the dangers of the bath tub? Many may be amused by such a statement, but the fact is it happens, and why? Because we just can’t get enough of Facebook. It’s addictive. Many of us check Facebook several times a day without ever considering what makes it so appealing.

Walk into any coffee shop or pub and you’ll see a huge group of people engrossed in Facebook, almost dismissing the real word around them, but what is that makes the social media powerhouse such an attractive and immersive experience?

To understand this, you could look at Facebook as you would a cigarette. When we smoke, receptors in our brain are treated to nicotine, which in turn give us a feeling of being calm and relaxed. Granted, smoking is a dangerous habit (and one could argue that Facebook is indeed also a dangerous habit as it consumes so much of our time!), but many will overlook the dangers to get the reward they’re looking for.

The same kind of science can be applied to the use of Facebook. Many of us use the social network for a variety of reasons. For me personally, whilst it’s a great way to keep in touch with friends I predominantly use Facebook to grow my business. But that doesn’t mean I don’t get side-tracked with my news feed. A funny video or amusing post can mean that a period of procrastination shortly follows!

This is due to Facebook evolving in such a way, that it almost becomes part of our DNA, and many of us feel anxious if we feel we’re out of touch with the online world. I mean, can you imagine if someone has viewed something viral that we know nothing about? The horror!

The subject was actually discussed recently on BBC West Midlands, where I was invited by Danny Kelly to share my views on how popular Facebook has become. You can listen to the recording here; my interview starts at around 8:09 seconds. Although not an avid user, Danny himself was impressed by how easy it was to stay in touch with people he had lost contact with.

I also referred to how Facebook can help users carry out less desirable traits, such as being nosey. Yes, yes, I know we would all like to think we’re not nosey, but how many of you have checked in on an ex-partner to see what they’re up to nowadays? Facebook really does feed many of our desires.

Have you ever posted a comment or status update, and then worry about it when it has received no interaction? Don’t feel like you’re the only one. In fact, many of us seek affirmation when using Facebook, be it from what we write, or what content we share with others.

To better understand this, we have to understand the science of Facebook. Many of you may feel like understanding such a concept would be akin to splitting an atom, or re-inventing the wheel. But in reality, Facebook has become as much a habit as brushing our teeth or taking a shower because of the way it adapts to our personality. 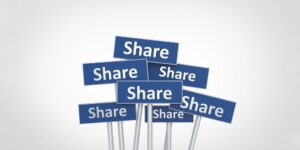 As you can see the popularity of Facebook means that we use it effectively wearing our hearts on our sleeves This isn’t to say that we are constantly online telling the whole online community our problems in every instance, but many use Facebook as an outlet for vetting their frustration, be it a bad day, or a bad experience with a company. Similarly, we may have had a recent client win, promotion, or a windfall of some kind, and therefore we want to tell our friends and family about our recent success. Gone are the days where we would pick up the phone to tell people, instead we flock to our favourite social media network to spread the news!

The fact that Facebook is such a hive of activity is a major pulling factor for Facebook, and the trend isn’t slowing down. But how do our posts affect our feeds? Many may assume that everyone is privy to the same kind of information given that users have mutual friends in common, but nothing could be further from the truth.

In its most primitive state, Facebook could have been accused of not meeting the demands of its user base. But as the Internet has evolved, so has Facebook. It has changed its online design a number of times to help make the platform appealable to a wide demographic.

Even in 2012, investors were a little sketchy about investing into Facebook, given the fact that one of the risks was that Zuckerbeg and co just weren’t ready for the mobile revolution, with very little revenue being made by ads placed on the platform prior to 2012.

However, the acquisition of apps such as WhatsApp and Instagram has allowed Facebook to fully embrace how us social networkers use the platform, as well as how we absorb this information. As such, Facebook has been able to tweak its algorithm to give Facebook users more of what they want.

So, what have we found? Well, for one you may not have realised just how much your life is intertwined with Facebook. Still don’t believe me? Then why not try and go a week (or even starting with just a day!) without using it, yes it SOUNDS easy, but I can assure you its not, at least in most cases.

As we all know Facebook is alluring and provocative in the world of social media, and it knows what makes you tick. Simply put Facebook treats people’s senses so the reward receptors kick in. It’s these recepotors that make us want more of what makes us feel good, thus its comparison to other pleasures, such as chocolate and wealth.

Do you feel like you’re addicted to Facebook? Or maybe you’ve yet to embrace the platform. Whatever your views, why not let us know in the comments below.

Why Facebook is so addictive: The science behind it